As part of the celebrations for the 50th anniversary of the Reutlingen workstation for people with disabilities, novotegra GmbH presented a donation cheque of EUR 5,000 to the Bruderhaus Diakonie Reutlingen Region. 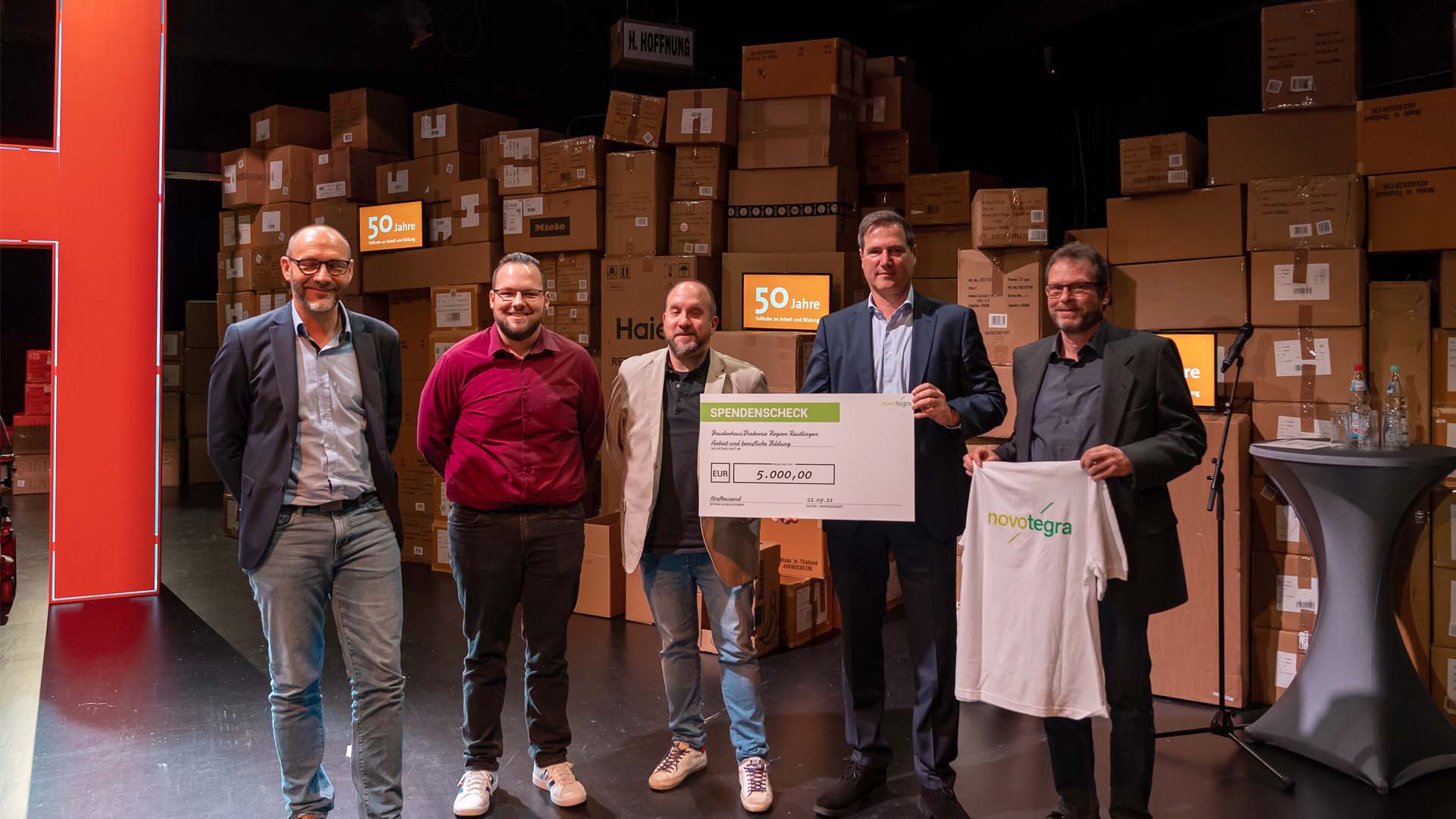 As a supplier of the first hour for the production of mounting groups and set articles, the Bruderhaus Diakonie is considered an important business partner for novotegra GmbH.

The two houses are connected not only by the production of mounting system components, but also by the philosophy in their dealings with each other and in their daily activities. "The reliability and quality of the products manufactured by the Bruderhaus have formed the basis for our very pleasant partnership for over 15 years", Alexander Kitzia, Head of Purchasing at novotegra, explained during the celebrations.

The constant expansion of production capacities by Bruderhaus for existing and new products of the mounting system has played a significant role in novotegra's success since its market launch in 2007. "Working together with the contact persons at Bruderhaus Diakonie is simply fun and the regional production of components has often helped us out of tight spots", says Dominik Schweizer, who is in close contact with Bruderhaus in the purchasing department of novotegra GmbH.

In the discussions following the festive programme, the two partners agreed - there will be plenty more to celebrate together in the future. Stay up to date: News, events, seminars and more about our mounting system.