"It was decided that we should launch our own mounting system on the market and I was employed by the company specifically for this purpose at that time..." reports Martin Schäfer. Up to this point, a mixture of our own and purchased mounting elements (eg. roof hooks for solar thermal) had been marketed under the names ‘tegra’ (1999) and ‘alutegra’ (2002). But there was a clear need to develop our own mounting system, designed specially to meet the needs of the market. Martin first thought about developing an innovative PV roof hook. Usually, these were welded to the base profile. But surely a simpler and more flexible mounting should be possible?

At that time, in the rapid development phase of PV, the turn-in roof hook in connection with the base profile went into series production and subsequently on sale in 2006. The first production facility was located in Bulgaria. There, a semi-automatic bending machine was built using the simplest of means, including material from the neighbouring scrap yard. Later, an inventor from a Swabian backyard company joined as a producer. He bent the hook with the help of a converted hydraulic log splitter. Today, state-of-the-art machines are used for its production all over Germany. The roof hook still exists in its original form. At the same time, Martin also optimised the shape of the existing ‘alutegra’ C-rail. The novotegra C-rail is still very popular with installers today thanks to its organically round shape and its pleasant haptics.

First, Martin developed simple design diagrams to determine the permissible roof hook spacing. He determined the load-bearing capacity of the roof hook for the design diagrams in a specially built test rig. Just one year later, the basis for today's planning tool, Solar-Planit (formerly known as ‘novoplaner’) was created. Here, in close cooperation with the in-house IT department, an environment was developed in which the installation of solar projects can be planned down to the last detail. In the same year, mounting systems for tiled roofs, corrugated Eternit and metal seam roofs were also created.

For elevation, Martin developed a base profile with a screw-in worm. At that time, a model made of cardboard served as the basis for the production of a CAD drawing, which in turn was used to create the first prototype of the product that is still unchanged today. At InterSolar 2009, elevation systems for trapezoidal metal roofs & and flat roofs were presented, in which the innovative screw-in technology was used for the first time. Through our on-site (free of charge) first installation service, installers are actively supported by our installation experts during their first novotegra installation.

How the foundation for today's novotegra mounting system emerged from a small forge in Stuttgart. 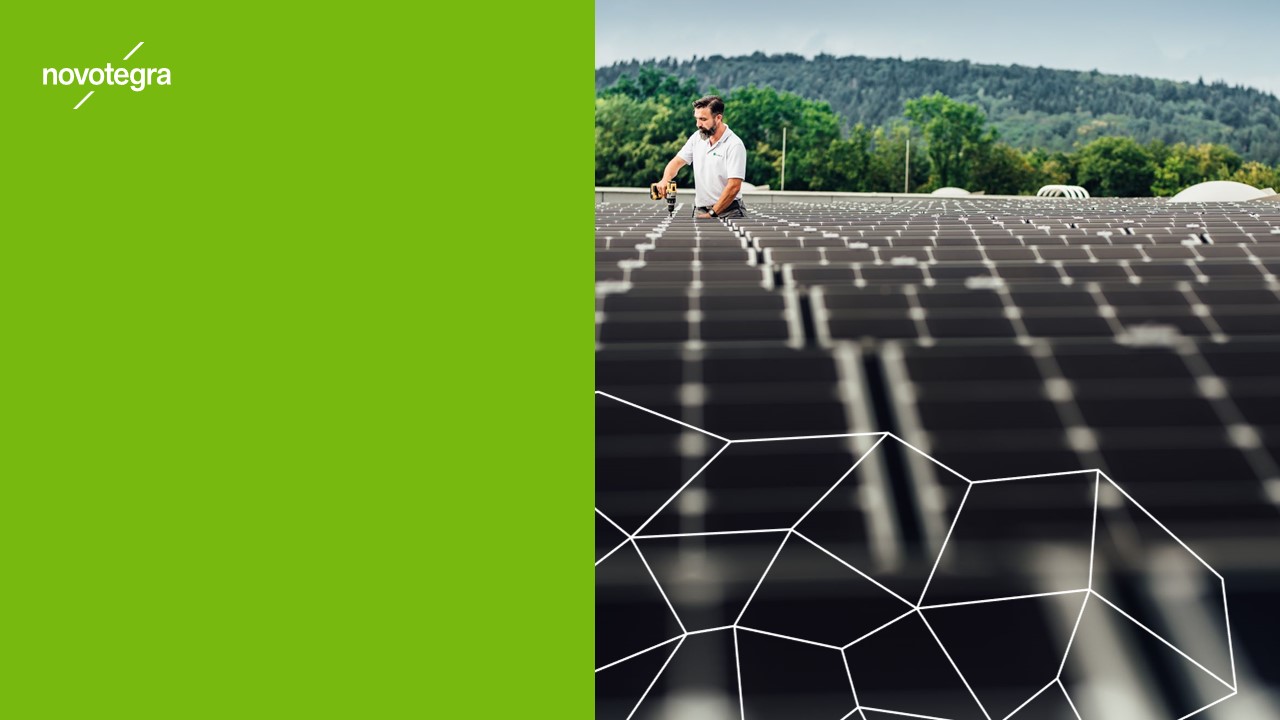 To play this video, please activate our statistical, marketing and preference cookies.

Stay up to date: News, events, seminars and more about our mounting system.